My Journey To Zion

“Where there is no vision, the people perish: but he that keepeth the law, happy is he” (Proverbs 29:18). 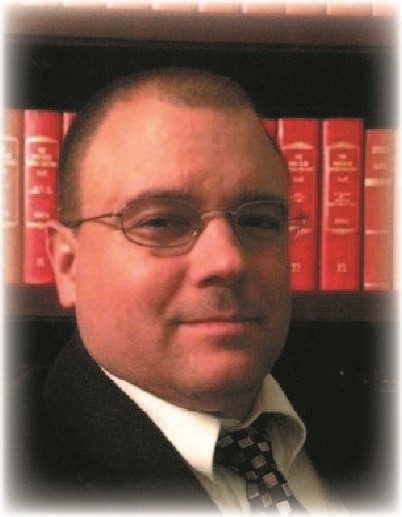 Dr. Ravi Zacharias tells the story of two Australian sailors who were on leave and enjoying some “liquid refreshment” in a London pub. Upon leaving the pub, thoroughly intoxicated, the two stumbled out into a dense London fog. Totally disoriented, they saw a rather distinguished looking gentleman approaching, who, unknown to them, happened to be a high ranking officer in the British Royal Navy. With a heavy Australian accent, one of the Aussies asked the man, “Hey, ye ole bloke . . . can you tell us where we are?” Rather put off by the sailor’s lack of decorum, the officer responded, “Do you men know who you’re talking to?” The sailor looked at his friend in dismay and responded, “Now I know we are really in trouble . . . we don’t know where we are, and he doesn’t know who he is!”

This short vignette provides a fairly accurate description of the condition of the church in the late 1980s through the first few years of the new the millennium. Stumbling around in a dense fog of worldly distractions and compromise, the church found itself with no clear direction. Having abandoned the Word of God and the New Testament as its “rule of faith and practice, government and discipline,” the church had no choice but to rely on the consensus opinion of its members and the often misguided wisdom of its leadership. Like Alice in Wonderland, we found ourselves asking the question, “What road do I take?” And, thus, no longer sure of our destination, we succumbed to the wisdom of the Cheshire Cat in Alice in Wonderland, who quite correctly points out that, if we don’t know where we are going, “Then . . . it really doesn’t matter, does it?”

But not knowing where we were was only half of the problem. A greater problem was that we seemed to have forgotten who we were! Long gone were the days when we talked about being the Body of Christ, the Church of God, the Bride of Christ, and a peculiar people. Rather than focusing on our doctrinal distinctions, we began to focus more on our similarities with other groups. Furthermore, where any distinctions existed, we chose to downplay their significance. Faced with an identity crisis and also a broken doctrinal compass, it seemed the Old Ship of Zion was destined to flounder- –to be “tossed to and fro, and carried about with every wind of doctrine” (Ephesians 2:14).

Fortunately, the Lord saw fit in 2004 to bring together a group of likeminded brethren who had a passion to “restore God’s house.” Over the next several years I would come to understand that there was something about this group that was different than the other groups that had divided and splintered off from the main body of the fellowship in the previous two decades. While I had been disenchanted for some time with the direction the church had taken, none of the factions just referred to were proclaiming a message that resonated with my spirit. It seemed to me that they were all attempting to recapture the spirit of the church in years gone by—particularly the 1950s through the early 1980s. I was seeking something far different. I wanted something more than the nostalgia of my early days as a child in the church. It seemed to me that a more radical reform was in order. If there was to be any hope of restoring God’s house, it would be necessary to reach farther back into our common history as the Church of God and rediscover the passion and vision that drove men like R.G. Spurling and A.J Tomlinson to take a small body of believers in the backwoods of Tennessee and North Carolina and, by God’s grace, to build a worldwide organization.

What ultimately brought me to Zion Assembly was the realization that this is a body of believers that not only knows where we are but who we are. With this realization in mind, we have cast off the wisdom of the Cheshire Cat. Since we know where we are going, we also know that it matters which path we take. We understand that our mission is far more important than erecting buildings, counting heads, and counting dollars in the offering plate. And, for this reason, many honorable men and women have walked away from successful pastoral careers in our former fellowship to lead small groups of likeminded men and women who often are forced to congregate and worship in storefronts and garages and the houses of the members. There is a pioneer spirit among our people that drives us to leave the familiar and comfortable and to seek the unconventional and challenging. At the heart of our mission is an understanding that we are not just building an organization that will endure for a few generations, but rather we are building God’s house—a house that will in the words of the old song be,

Shining, Shining Thru the Ages
After Earth and Time Have Been Forgot
She’ll Be Wearing Garments Pure and Spotless
Have You on the Wedding Robe or Have You Not?

And this question in the song remains today: “Have You on the Wedding Robe or Have You Not?”