Zeal for the Church

“This morning at our house God gave us a wonderful meeting. Sister Clyde ran to the organ and commenced playing in the power and some of us began to sing in the Spirit. After considerable praying and agonizing for lost souls, the victory seemed to have been won. Finally about a dozen, I suppose, were leaping and dancing, and all keeping perfect time. Bro. Flavius Lee sang in other tongues in perfect harmony and time with the music. At the close, Bro. McLain gave a message in tongues, interpreted that it was only a foretaste of what He would do for us if we would be perfectly yielded up to Him, and let Him have perfect control. At the close of this revival, tents were burned, churches dynamited, homes burned, people arrested, some jailed and some killed” (A. J. Tomlinson, Diary, August 4-5, 1909). 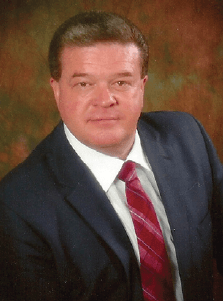 For there to be life-changing, soul-saving, anointed, Holy Ghost-filled revival, each of us must have a burning, unquenchable zeal for God and His church. This is what we learn from the examples of our courageous forefathers and foremothers in the Church of God (see for example the excerpt from Tomlinson’s Diary above); but more especially from the life of our Lord Himself. When Jesus turned over the tables and ran the moneychangers out of the Temple with a whip, the people including His disciples were startled and confused (Jn. 2.17). Then they recalled the prophecy of the Psalmist concerning Him: “For the zeal of Your house has eaten Me up; and the reproaches of them that reproached you are fallen upon Me” (Ps.69.9). Likewise, today God needs zealous servants to accomplish His mission in the earth—unwavering servants inspired and impassioned by the Spirit.

Let’s look a little further into the life and ministry of Jesus as an example of a burning zeal for God and His church. The week before Passover, Jesus made His triumphal entry into Jerusalem. It was popularly believed that the Messiah would come at the time of the Passover to announce the establishment of His kingdom and to begin to restore His church. There were amazing reports coming from Bethany, a town just east of the Mount of Olives. Jesus had miraculously called His friend Lazarus back to life after he had been dead for four days. And thus Jerusalem was buzzing with anticipation, waiting to see what He would do when He arrived to observe Passover.

On the way, Jesus stopped in Bethphage, a town between Bethany and Jerusalem situated on the slopes of the Mount of Olives. There He sent two of His disciples, saying, “Go into the village over against you, and straightway ye shall find an ass tied, and a colt with her: loose them, and bring them unto me. And if any man say ought unto you, ye shall say, The Lord has need of them; and straightway he will send them” (Mt. 21:2-3).

Entering the city on a donkey may seem insignificant, but at that time in Jerusalem it was a dignified and stately way to enter, fitting for a king. As Jesus enters the city, His own disciples and the crowd from Jerusalem went wild with great excitement, greeting Him with the royal title of “Son of David,” proclaiming Him King of Israel, and quoting from Psalm 118: “Hosanna! Blessed is He who comes in the name of the Lord!” All of this was in fulfillment of the prophecy spoken of by the prophet Zechariah, as Matthew notes: “All this was done, that it might be fulfilled which was spoken by the prophet, saying, Tell ye the daughter of Zion, Behold, thy King cometh unto thee, meek, and sitting upon an ass, and a colt the foal of an ass (Mt. 21:4-5; and cp. Zech. 9.9).

As noticed already, Jesus entered the temple and drove out all those who bought and sold—those who were making merchandize out of the sacred things of God and seeking personal gain. With righteous indignation, He overturned the tables of the moneychangers and the seats of those who sold pigeons; thus manifesting a godly zeal for truth and the sacredness of God’s house. Intriguingly, He was at once a man of meekness and a man of zeal!

This begs the question: What is zeal? Many people labor under a misconception, equating zeal with enthusiasm. But these two terms are different in many respects. Enthusiasm involves an eagerness or excitement, generally containing a large emotional component. As a result, enthusiasm usually comes and goes in spurts; it acts sporadically. Thus sustaining a high level of enthusiasm cannot be done without a lot of undue strain and weariness: for confusing zeal with enthusiasm causes an unreasonable level of emotional intensity.

True zeal, on the other hand, consists of a bold dedication and inspired aggressiveness to something or someone. It doesn’t come and go and fluctuate like enthusiasm. It is not subject to emotions; but rather acts on the basis of a determined mindset and vision, being grounded in a revelation of God and His will. It’s not affected by how we’re feeling; what day it is; how we slept last night; or whether or not things are going our way. It may be that enthusiasm exists along with our zeal for God and His church; but zeal is more fundamental and foundational: it is steady through thick and thin; does not waver; does not wane nor wax hot and cold.

Godly Zeal Has Characterized Great Heroes of the Faith

The youthful David presents a prime example of zeal for God. Righteously angered by the boasts and threats and blasphemies of the Philistine giant, who boldly stood to defy the Lord and His church, David courageously confronted Goliath on behalf of God and His people—and under the power of divine providence zealously severed his head from his body!

Deborah stirred the faltering Barak into action to defeat the enemies of Israel, whose zeal for God and her people led her to courageous action and a single handed victory over Israel’s Assyrian persecutor (Judges 4:4-10).

One of the greatest examples of godly zeal was demonstrated in the life and works of the apostle Paul. Paul’s consuming zeal for God enabled him to do exploits and accomplish miraculous feats. Make no mistake, he walked no smooth, easy path; indeed it was one encumbered with toils and troubles, and hardships and grief. He was robbed, shipwrecked, set adrift at sea, faced wilderness dangers, and opposed by false brethren. He had many sleepless nights; went hungry and thirsty; suffered in cold and was exposed to the elements. Behold, this was a man motivated by more than mere enthusiasm. He was zealous for God and His church; and that made him relentless and determined to withstand all opposition to his divine calling and mission; and to firmly press forward through all the ups and downs, and through all the momentary defeats to gain the final victory! Paul thus wrote to Titus to encourage him to continue to pursue the divine goal of the church in order to fulfill the purpose of the Cross:

“Who gave himself for us, that he might redeem us from all iniquity, and purify unto himself a peculiar people, zealous of good works” (Titus 2: 14)

Being zealous is a characteristic trait of a loyal and true servant of Christ and His church. Our zeal will find concrete expression in every area of life. It involves our dedication and commitment to grow in the knowledge and love of God, enabling us to seek out His will and do it. And its ultimate aim is always to bring God glory and to edify His church.